Where to Find Craft Beer at The DC Wharf

We drank a lot of craft beer at the DC Wharf….just for you. What we found is there are plenty of options to find good, hard to get, beer at the Wharf. After sobering up after our recent craft beer binge at the Wharf we cobbled together our notes and are happy to present our rundown of where to find the high-end hops. 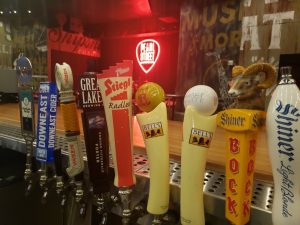 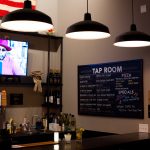 Union Stage offers 24-plus craft brews mostly on tap and a few in cans at the intimate, live music venue. In both the tap room and the speakeasy-style underground jam venue, patrons can try the Union Stage IPA and the Union Stage Pilsner, proprietarily crafted for Union Stage by Caboose Brewing located in Vienna and Fairfax, VA. That’s the tip of the iceberg for any cicerone (yep, that’s the official word for beer expert). Ocelot (Dulles, VA), Flying Dog (Frederick, MD), Atlas (DC), Right Proper (DC), Victory (Downingtown, PA)…just to name a few, are on tap and poured to be enjoyed while jamming-out to incredible local music or enjoying a pizza at the bar in the tap room.

Cordial at The Wharf 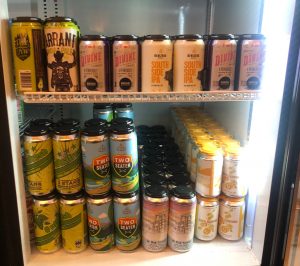 Need to pick up a six-pack for home or a gift?  Cordial at The Wharf has an outstanding selection of craft beer, and business is hot. In fact, owner Chuck Waldmann tells us the beers fly out the door so fast that creating a list is futile because it is constantly changing.  Waldmann pulls from a robust rotation of 30 to 40 craft beers that are brewed within 100 miles of the District. Walk into Cordial and you can save yourself the hour-plus drive north to Maryland. Instead, pick up the Brookeville Prevailing Winds (Brookeville, MD), Union Duckpin (Baltimore, MD) or stock up on Manor Hill Grisette Farmhouse Ale (Ellicott City, MD). Catch the salty breeze without the bridge delay, and grab the shore originals RAR Groove City (Cambridge, MD) and Back Bay Apple Blossom (Virginia Beach, VA). Or fuck it, just stay within  the DMV with your choice of DC Brau Pils, Three Stars Peppercorn Saison, and Port City Optimal Wit. Anyway, I could go on about the remaining 30-something breweries represented in the hidden cooler past the checkout station, however, this list is probably outdated, so stop reading and go buy local craft beer at Cordial. 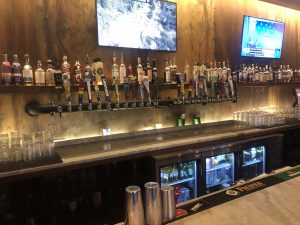 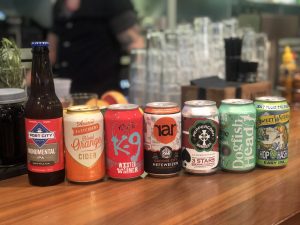 There’s time for one more before last call, and that’s at Hank’s Oyster Bar. Hank’s is pouring it’s namesake Hank’s Hops brewed by Atlas Brew Works based here in the District. Additionally, local staples from 3 Stars, DC Brau and Port City are all represented alongside Dogfish Head Sea Quench, a salty nod to our neighboring Delaware beaches. Enjoy and live the #wharflifedc!