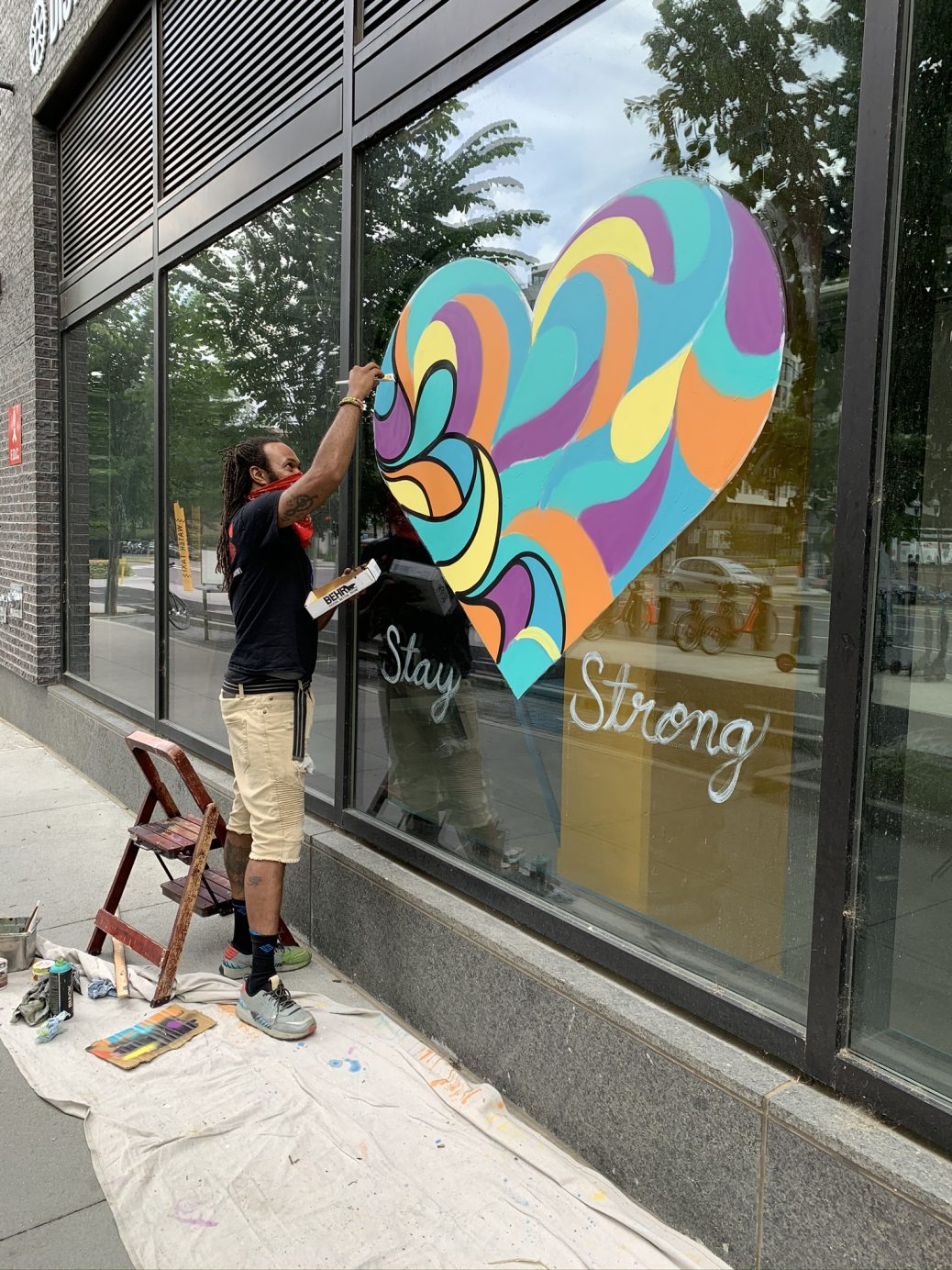 Something beautiful happened at the District Wharf recently when vacant storefront windows along Maine Avenue, SW, were brightened with inspirational paintings encouraging unity, hope, and happiness.

The art was directed by DC artist Louie Wri who runs an art collective called LW Arts and Design. He and another local artist, Kris Wya, created ten paintings in all. The project came about when the property management team at the District Wharf, who had seen his previous work on the windows of Arena Stage, contacted him and asked if he would help create the murals.

The art reflects Black Lives Matters’ ideas and began appearing at a significant time as protests against the murder of George Floyd engulfed the city. One of the murals depicts a Black Power symbol surrounded by the names of those killed by police, including Breanna Taylor, Philando Castile, and Ahmaud Arbrey. Another piece honors DC’s affectionate nickname, Chocolate City, made famous in DC by former mayor, Marion Barry (and nationally by Parliament). Other paintings are more whimsical, depicting a giant heart in one mural and another of a butterfly in a kind of groovy ‘70s style design with messages to “stay strong” and “hope.” 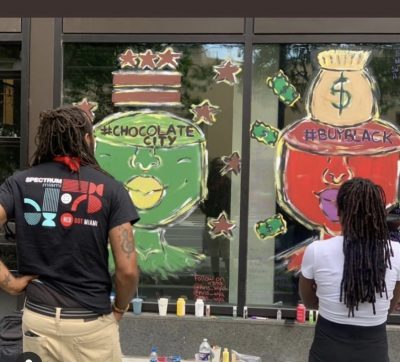 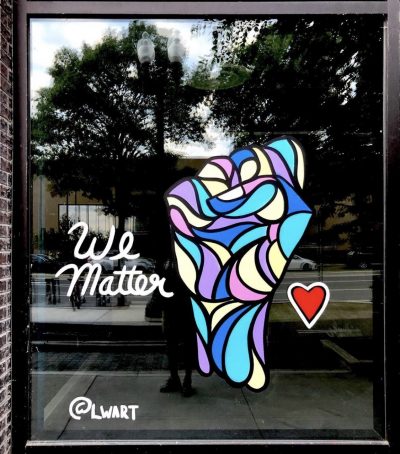 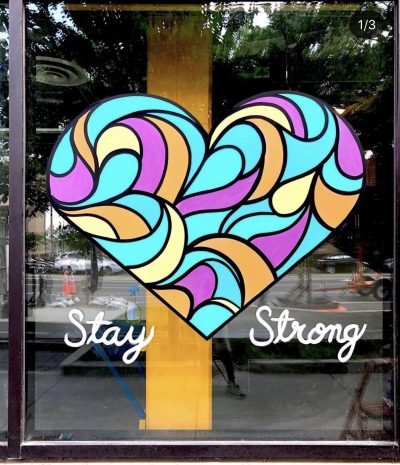 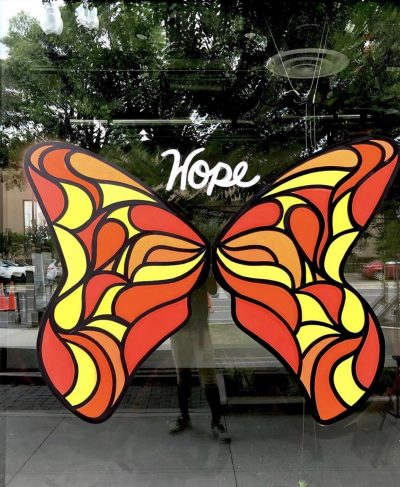 When asked if he had a design plan prior to painting at the Wharf, Wri told us that he didn’t have one in mind. “I try to feel and get a vibe from the areas I work in before creating a piece. That way it relates to the community in which it will serve,” he said.

Wri says that localized art is beneficial to our neighborhoods and communities as they grow and change. “Art can change one’s mood and course of action for the day,” he says. “The right image could be the symbol for change. That is why art is needed everywhere. Art heals and it’s up to us as artists to use our gift and this platform to spread art awareness.”

Wri hopes the Wharf community will have a renewed understanding and appreciation for the arts after seeing his installation. Asked if he would be creating more art at the Wharf, he said, “I’m not sure, but I hope to do more projects there. They have great windows to work on!”
A native of DC, Wri says he was always into drawing comic book characters and was inspired by older family members that were also into the visual arts. He began his art career in 2011 and launched LW Arts and Design, an art collective featuring ten local artists, in 2014.

Another amazing Holiday Boat Parade. Congrats to a

Are you all even ready for what’s gonna go down

The Boardwalk Bar & Arcade for drink, food, and pl

Another feature about DC’s most unique community, Gangplank Marina, as told by @KoppDC Where’s your happy place? #wharflifedc. https://www.washingtonian.com/2022/12/02/video-behind-the-scenes-of-dcs-30th-annual-holiday-boat-parade/