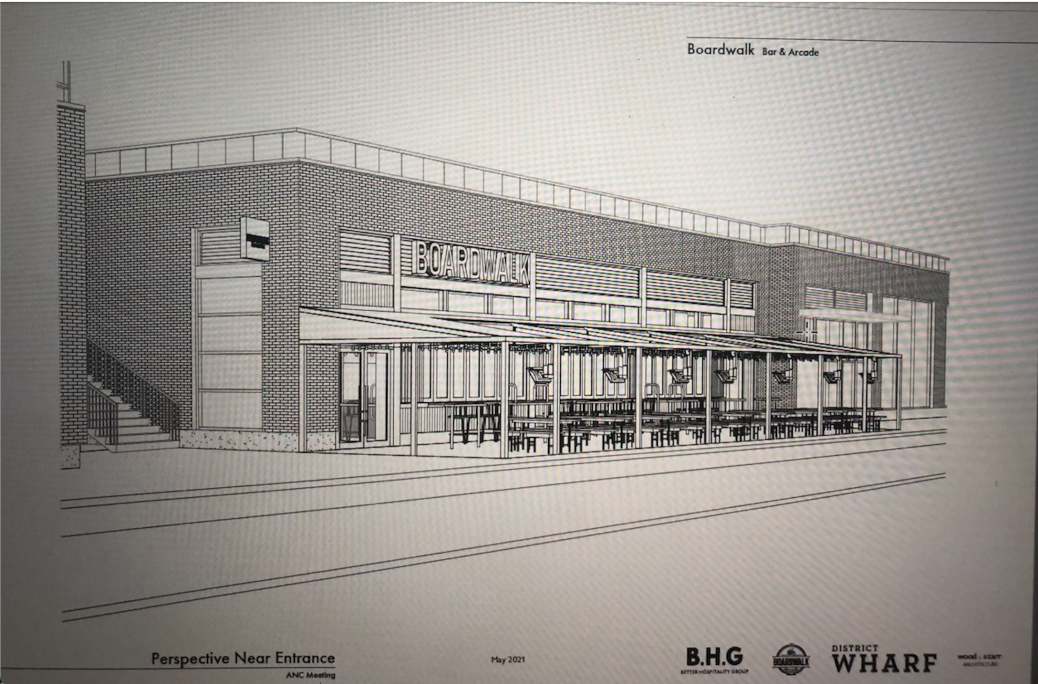 A new “boardwalk style” arcade/bar at the District Wharf could be open by this fall and would be the largest bar at the Wharf.  The new addition to the Wharf will be located at the former Anchor/Yoga studio spaces and will be called Boardwalk Bar & Arcade.

The concept is the vision of Better Hospitality Group (B.H.G.), which presented renderings of the outside facade recently at an Alcohol Beverage Regulation Administration (ABRA). The venue will include old school boardwalk style games like Skee-ball and shuffleboard and more modern and high-tech games.

B.H.G. founder and owner, Ryan Seelbach, told EaterDC that Boardwalk will be “one of the largest arcade game venues in the whole city and the largest bar on the Wharf.”

There will also be a full menu and bar options at Boardwalk to include burgers, dogs, dips, and chips, a fancy cocktail program, and two dozen beers on tap.

Combining friendly competition with drinks is a tried and true concept as attested by the long tradition of pool halls and bowling alleys. The idea has gained momentum in recent years, especially in the DMV, to include retro-style game rooms with pinball machines and old school arcade games, to more modern concepts that feature VR experiences.  B.H.G. is also the creator of Boardwalk Bar & Eatery in Penn Quarter, CORTEZ Restaurant & Rooftop Bar in Shaw, and TAKODA Restaurant & Beer Garden in Shaw.

“We’re looking for family-centric day and weekend things to do, and that would include games and arcades and other things, so that’s the direction we’re going,” Hoffman & Associates CEO, Monty Hoffman told the Washington Business Journal. 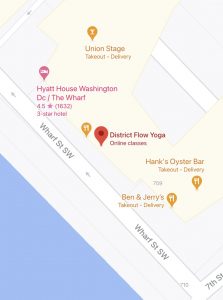 Come live in DC’s most unique community, the Wha

BREAKING NEWS - Hell’s Kitchen will open to the

Need an amazing lunch to save you from this cold, wet day? Look no further than Fat Fish at #wharfdc. Where’s your happy place? #wharflifedc. #sushi