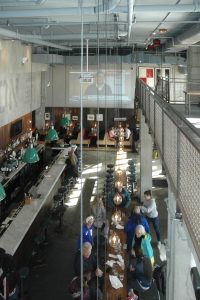 The Brighton SW1, located at the Wharf DC, is many things, a restaurant, a sports bar, a British pub, a hangout spot, it’s whatever you want it to be. It’s one of the larger venues at the Wharf and not surprisingly has one of the largest bar areas. The iron and concrete interior gives the feel of an old British seaport warehouse that was converted into its current incarnation to serve a changing neighborhood. We may have been fooled if we hadn’t witnessed the construction and opening of the building in 2017.

As a restaurant, The Brighton serves up small and large plates. The menu is concise and has a manageable selection of starters and entrees. The Haddock Chowder is exactly what you want on a cold and wet day. The flavors burst as the result of the pancetta folded into the mix of chunks of haddock and potato present in every bite. Another notable starter is the potato and cod coquets. Crunchy on the outside with a soft potato cod mixture in the middle. It comes with a nice tartar sauce and spicy aioli.

Moving on to the entrees, meat eaters really do not want to miss the short rib burger. Holy mole, this is definitely in the running for the best burger at the Wharf. Like most dishes today, you have the option to toss a fried egg, bacon, and avocado on top for an extra charge. In what world wouldn’t you do it? 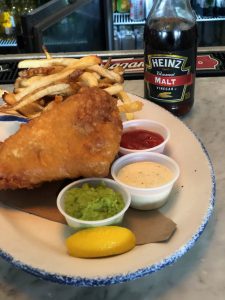 The fish and chips are totally legit. They are beer-battered cod fillets that crunch when you bite through the crusty top layer and are perfectly meaty as you get into the fish.  Served with fries and mushy peas, you might actually wonder if you are at Brighton Beach in the U.K.

As a bar, Brighton has friendly, but busy, bartenders who have a lot of real estate to cover. As we at Wharf Life DC are wont to do, we’ll first point out the mezcal drink on the cocktail menu.  It’s called “In the Shadows” and includes Sombra mezcal, Luxardo, honey simple syrup, lemon juice, and Peychaud’s bitters. This cocktail strikes a balance between the smoky mezcal and the sweet honey and savory bitters.

Brighton also offers three shareable carafes for two or more people that include Good Day Sunshine made with vodka, citrus, ginger beer, and champagne; Led Zeppelin made with gin, champagne, and citrus; and, the Black Sabbath with blackberry liqueur, champagne, and ginger beer. There is also a broad selection of beers available that run beyond the standard domestics to include offerings from Port City, Right Proper, RAR, and 3 Stars. 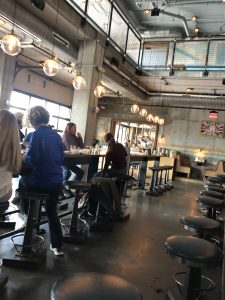 There are many options for where to hang out at Brighton. The main floor has an open seating area including a of mix booths, community high-tops, and the main floor is a great place to watch the game on one of the four tvs plus a giant screen tv that is projected on a large wall space.

If it’s nice outside, you can do some serious people watching at seating along the promenade known as The Nook Bar.  Upstairs is more seating and a bar area. It’s fun to hang out on the rail above the main floor and people-watch those down below. In the back is a Crow’s Nest bar with cozy but limited seating. And there is a sun patio that provides a great view of the marina and the entire promenade area.

Brighton is a great pre and post-show meet up location for events at The Anthem, which is next door. From personal experience, we can truly say that late night post show short rib burger and a cold beer really hits the spot! 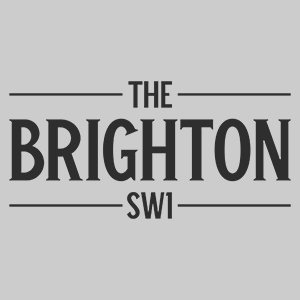 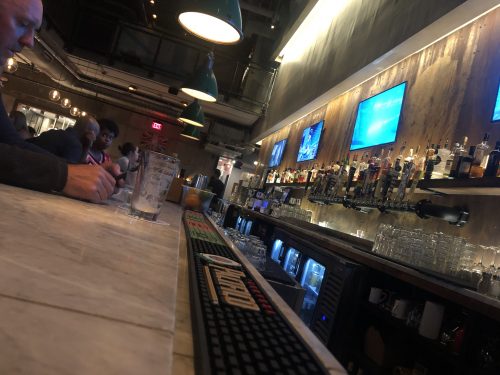 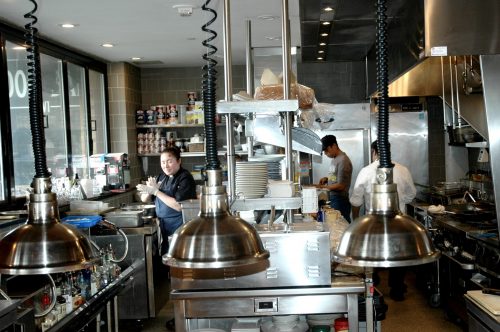 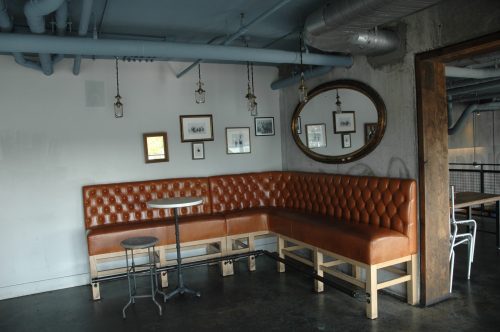 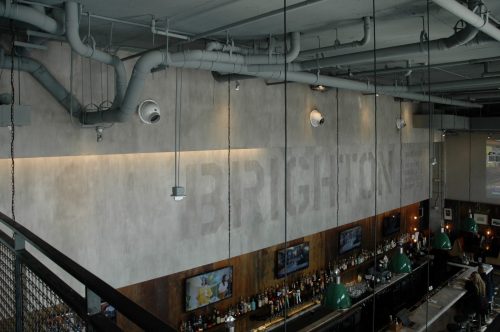 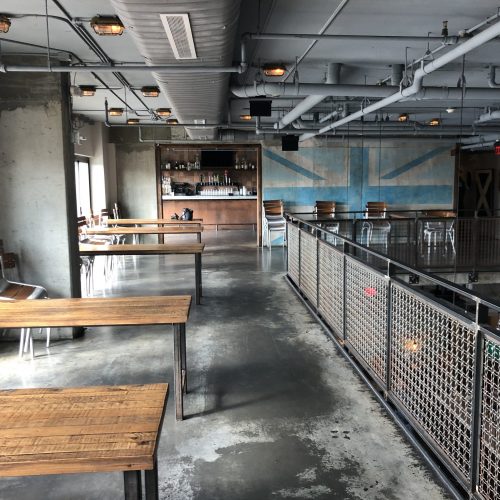 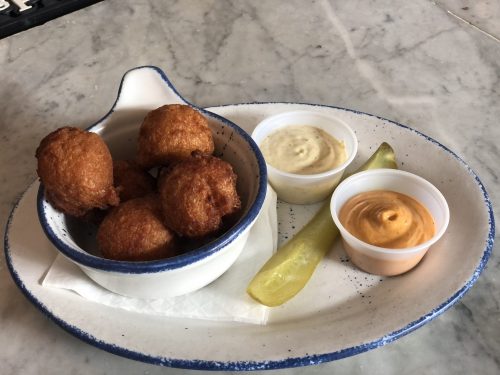 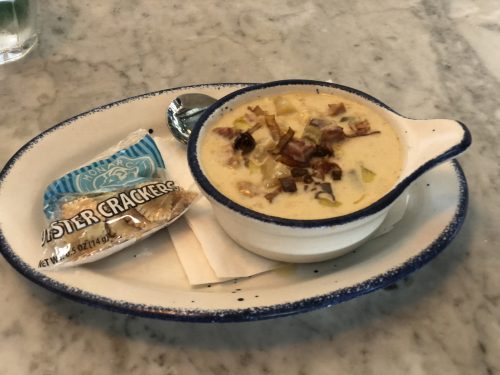 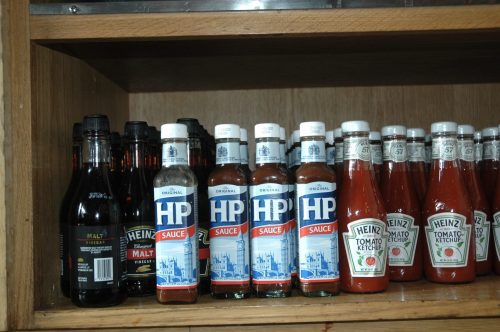 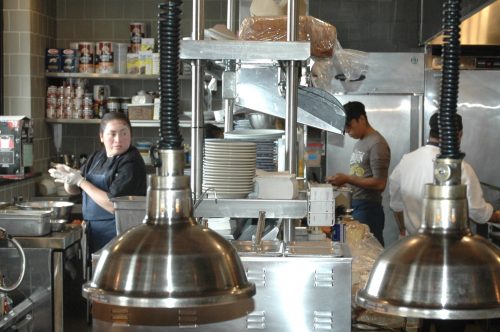 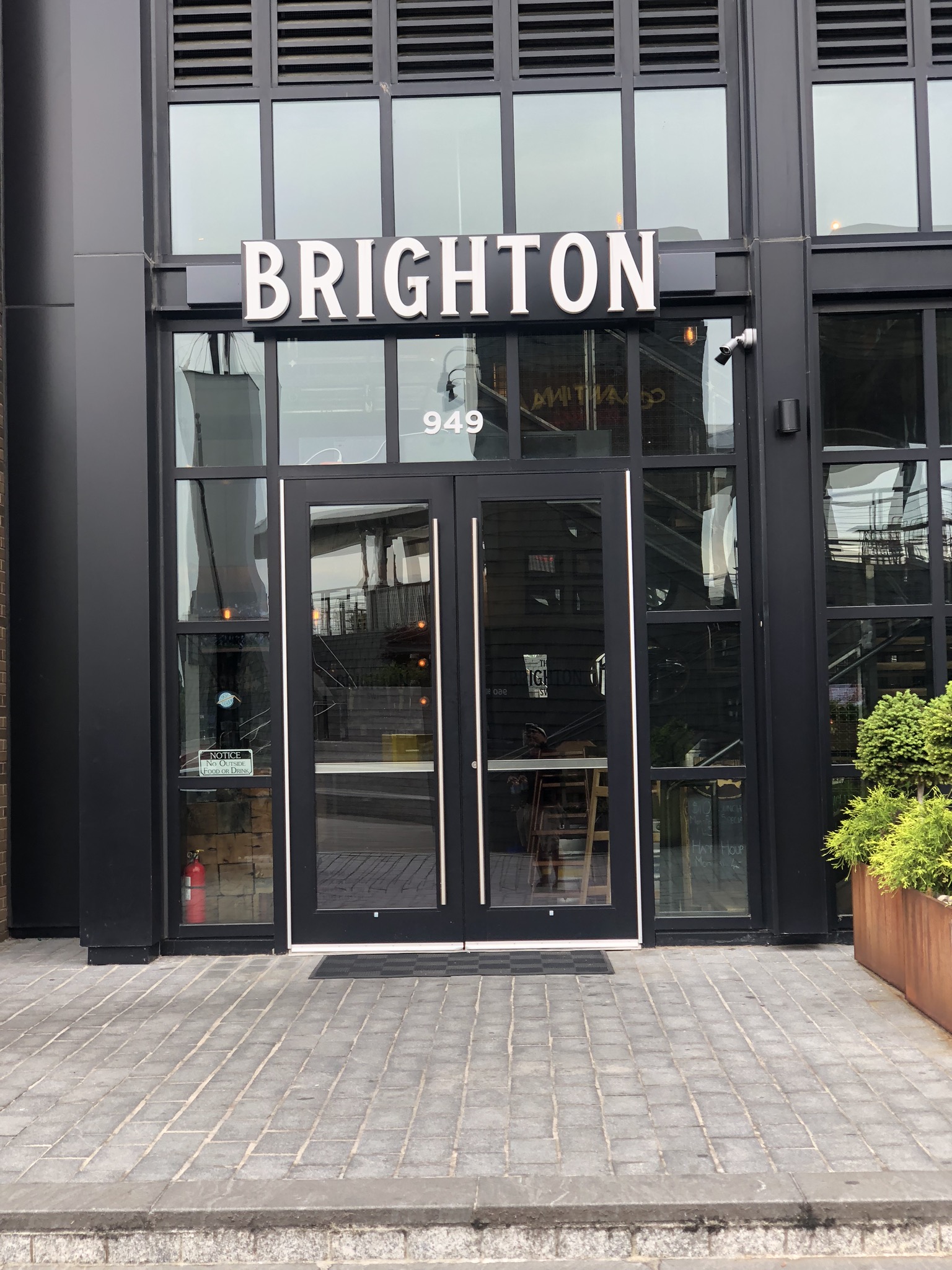