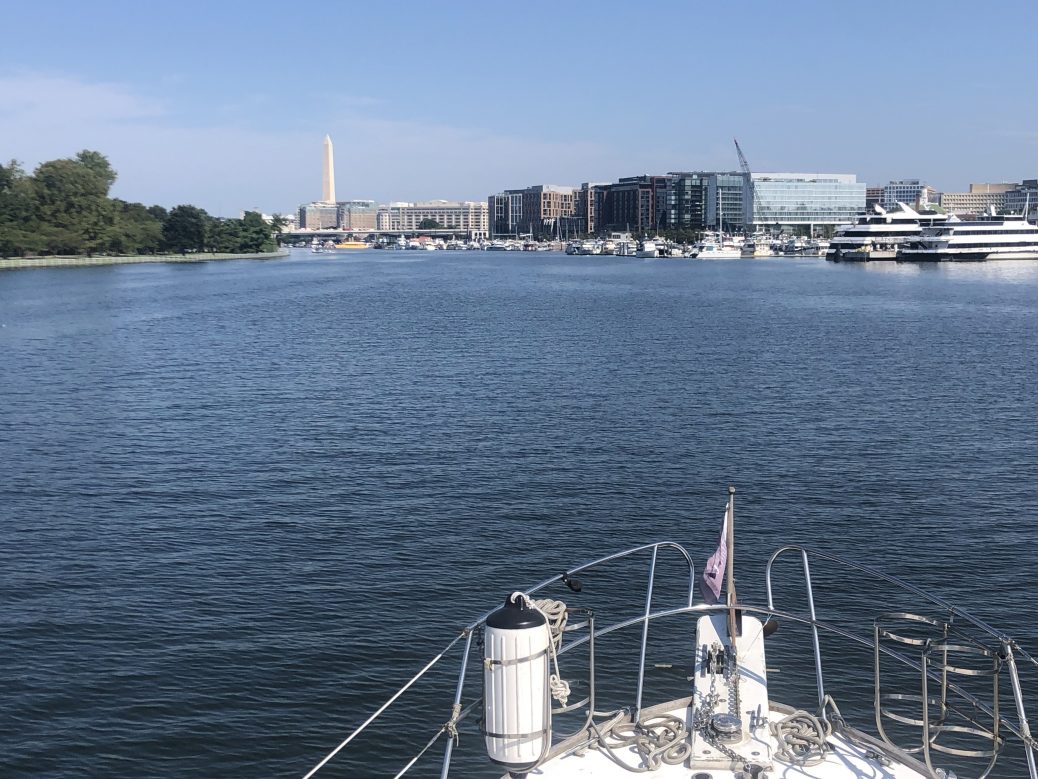 Boatlife in DC, A Night on the Hook

Washington, DC has become a great boating city in part because of the recent development of world class marinas like the Wharf DC. While lots boats are making their way to The Wharf, some of us who live here look forward to cruising away from the marina for overnight getaways.  Day trips are certainly fun but overnighting on a boat is magical.  We call it “out on the hook,” which is a reference to dropping the anchor. 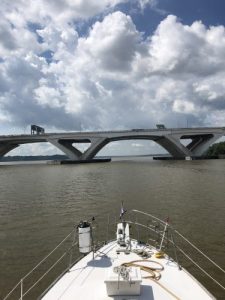 A night on the hook is singularly spectacular.  From the Washington Channel, I like to cruise south on the Potomac River to a location across from Mount Vernon, the estate of George and Martha Washington. My trawler, Sojourner, cruises at about 9kts (10.3 mph), which means it’s about an hour and a half long cruise. This is a nice amount of time for my guests to enjoy the water and the scenery before we set anchor.

I aim Sojourner toward the Potomac and squeeze through the red and green markers with a south heading. Off the starboard side is National Airport with clear and exciting views of airplanes taking off and landing.  On the other side of the river, we cruise past Joint Base Anacostia Bolling (JBAB), then Blue Plains Wastewater Treatment Plant. We then pass Old Town Alexandria and then pass under the Woodrow Wilson bridge, which is magnificent.  Passing by National Harbor marks the last bit of major development on the trip.

The nature portion of the cruise starts here and takes us down to a deep bend in the river at Fort Washington. The fort served as a critical line of defense for the nation’s capital as far back as the War of 1812. Today it is now a National Park.

Navigating through the turn at Fort Washington is the first signing on my favorite anchorage spot, which from here will take about 20 more minutes.  As we arrive, I find a quiet and protected location just off the main channel in about 17 feet of water. I drop the anchor and ensure it is secure.

As I kill the engines there is a quietness and satisfaction that we are now in our own way off the grid. Floating in the middle of a river, and albeit not far from land, it feels as though we are suddenly far away from the rigors of day-to-day life. What makes anchoring in this part of the Potomac special is the nearby treelines.  It’s the same feeling as camping, but on the water.

With the anchor set and in position, the captain can relax and spend quality time with the guests.  Often, we are joined by other boats from the marina and when that happens we tie the boats together and create a floating party.

We break out the margaritas (Mescal, please), fire up the grill and set up a spread of goodies. Soon after, it’s a belly flop into the water. This part of the Potomac is very swimmable and so incredibly refreshing. Fishing is also an option. The Potomac has long been considered a top ranked river for bass fishing. A few years ago the Northern Snakehead species moved into the Potomac, and fishermen have been going wild for them ever since.

Sunset is a special time out on the hook.  As the great fireball heads to the horizon the conversation tends to get just a little quieter.

There’s a reverence in the air and everyone seems to take it in.

Following sunset, it’s dinner time!  The menu can include steaks, chicken, seafood (or all of the above) among other dishes. Afterwards, it’s on to game night or perhaps a swim.  Either way, we usually entertain ourselves late into the night before heading to sleep.

Of all the magical things associated with being out on the hook, perhaps nothing is better than catching the sunrise on a perfectly still river with a cup of hot coffee.  It is what I look forward to more than anything else. It’s truly glorious and the best cup of coffee one can imagine.

My sun gazing mediation is radically distracted when the scent of hot cinnamon buns wafts from the galley of one of the boats.  Soon after, bodies emerge from each of the vessels eager for coffee and hot buns. This is followed by morning swims, which help clear any cobwebs from the brain.

Eventually, it’s time to get back to reality.  One by one, the other boats untie and head out.  Once we get things put away on Sojourner, I again crank the engines and pull up the anchor from the Potomac riverbed and begin the journey home.

Like departing from any get away, there is a slight feeling of regret when we have to leave but one advantage of vacationing on the water is the guarantee that we will not be stuck in traffic!

One more great view needs to be mentioned.  As we approach the Washington Channel, I take in the stunning view of the Washington Monument and the Capitol which is in view at the same time for a few minutes. Once we enter the Channel, we lose sight of the Capitol but the Monument remains in view as a beacon leading us home.

Back in the slip it’s time to reconnect to the grid and reality. We check our phones for missed calls and messages. But with phone in hand, I look back at the photos from our time on the hook and it’s then I start thinking about my next cruise.

It’s so satisfying that we have the ability to get away on trips down the river right here in the nation’s capital.  If you ever have the chance for this experience, take it. You will return to reality with a fresh outlook on life and on this magnificent city.

Night on the Hook Photo Gallery 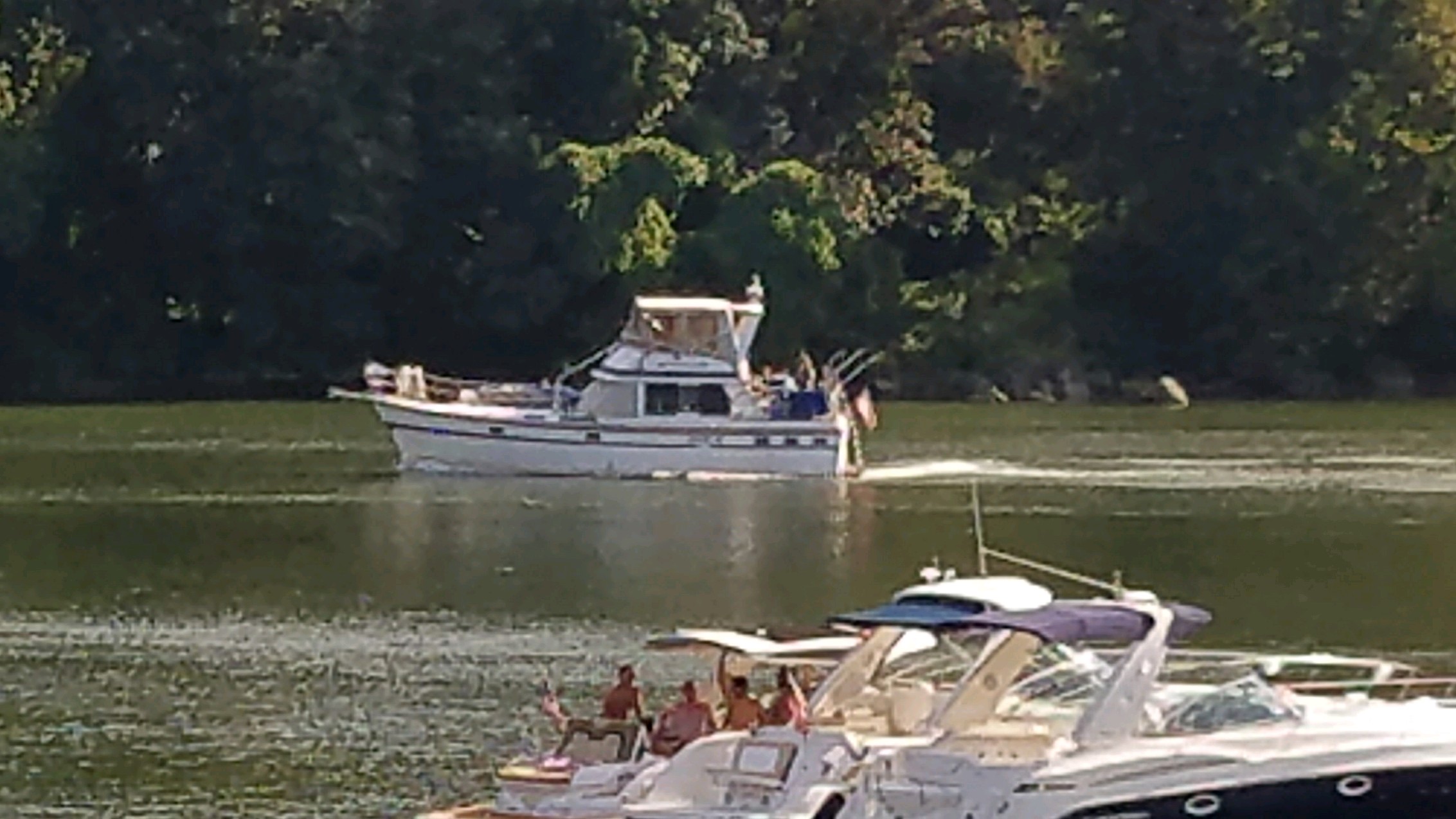 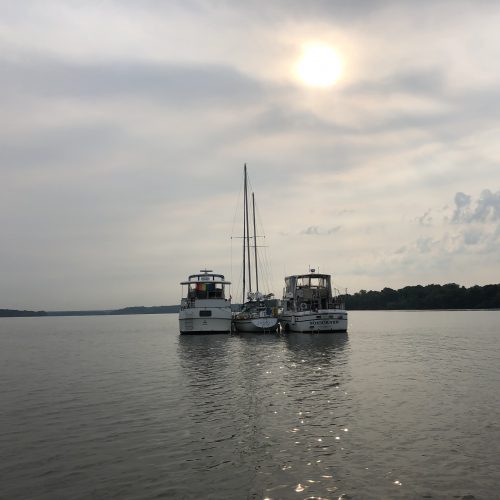 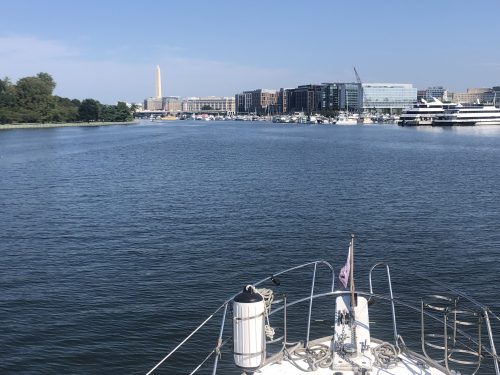 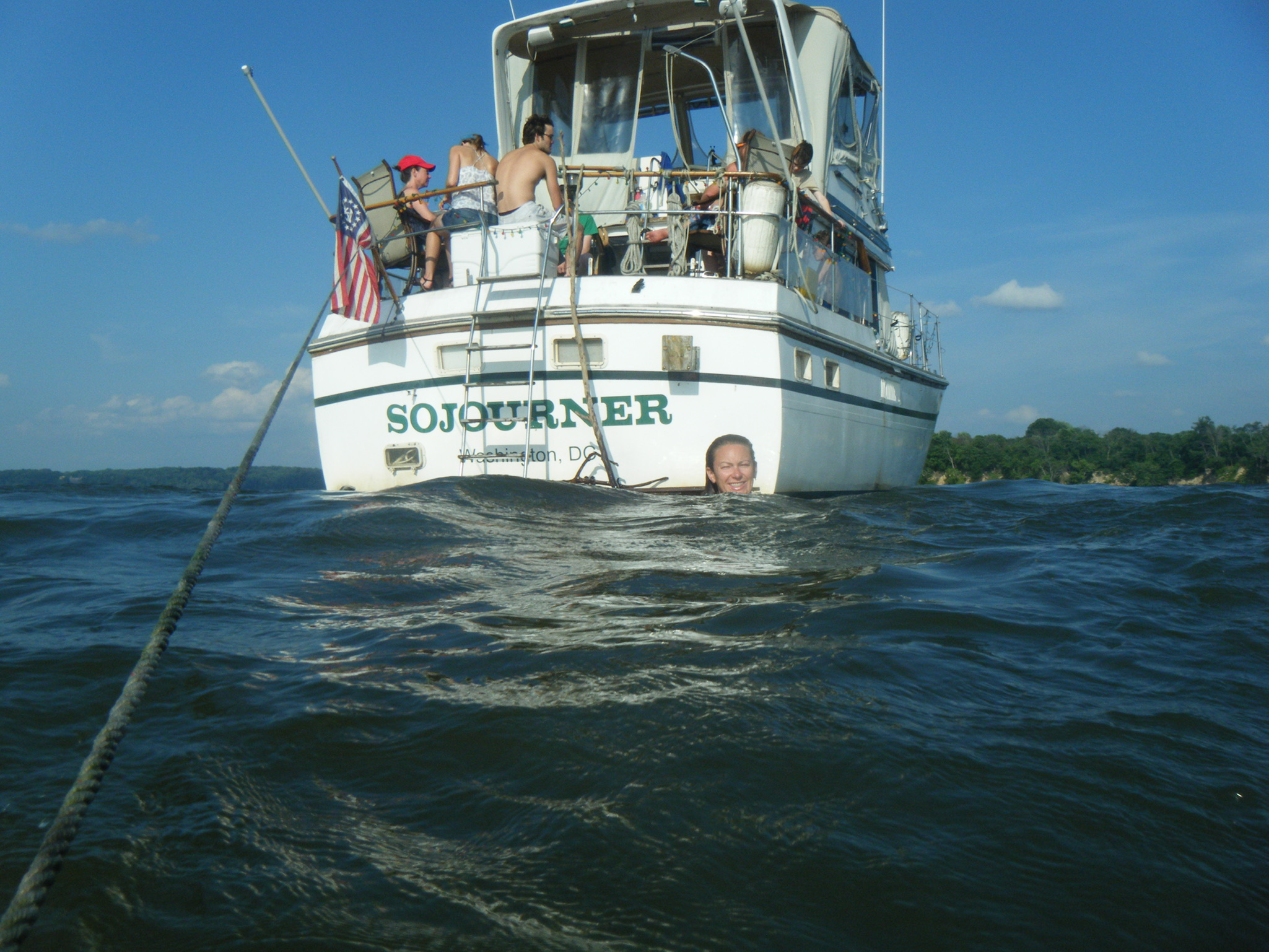 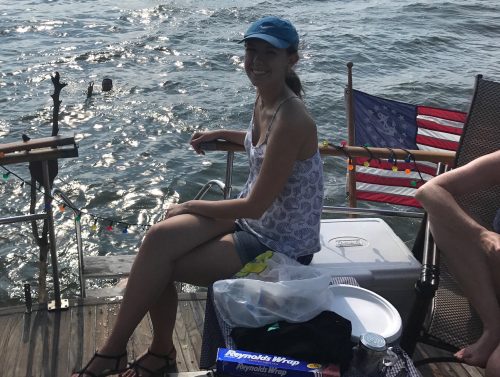 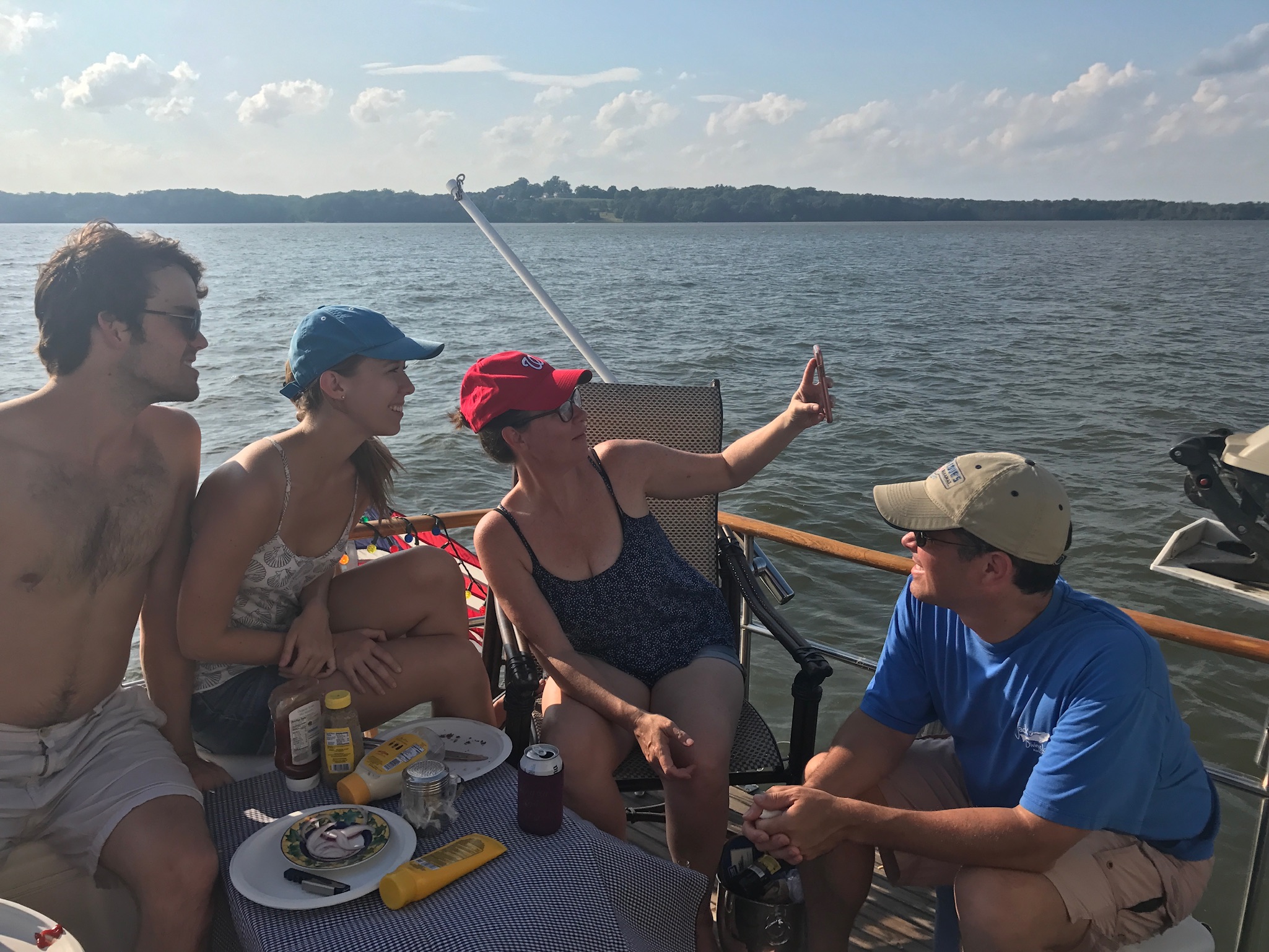 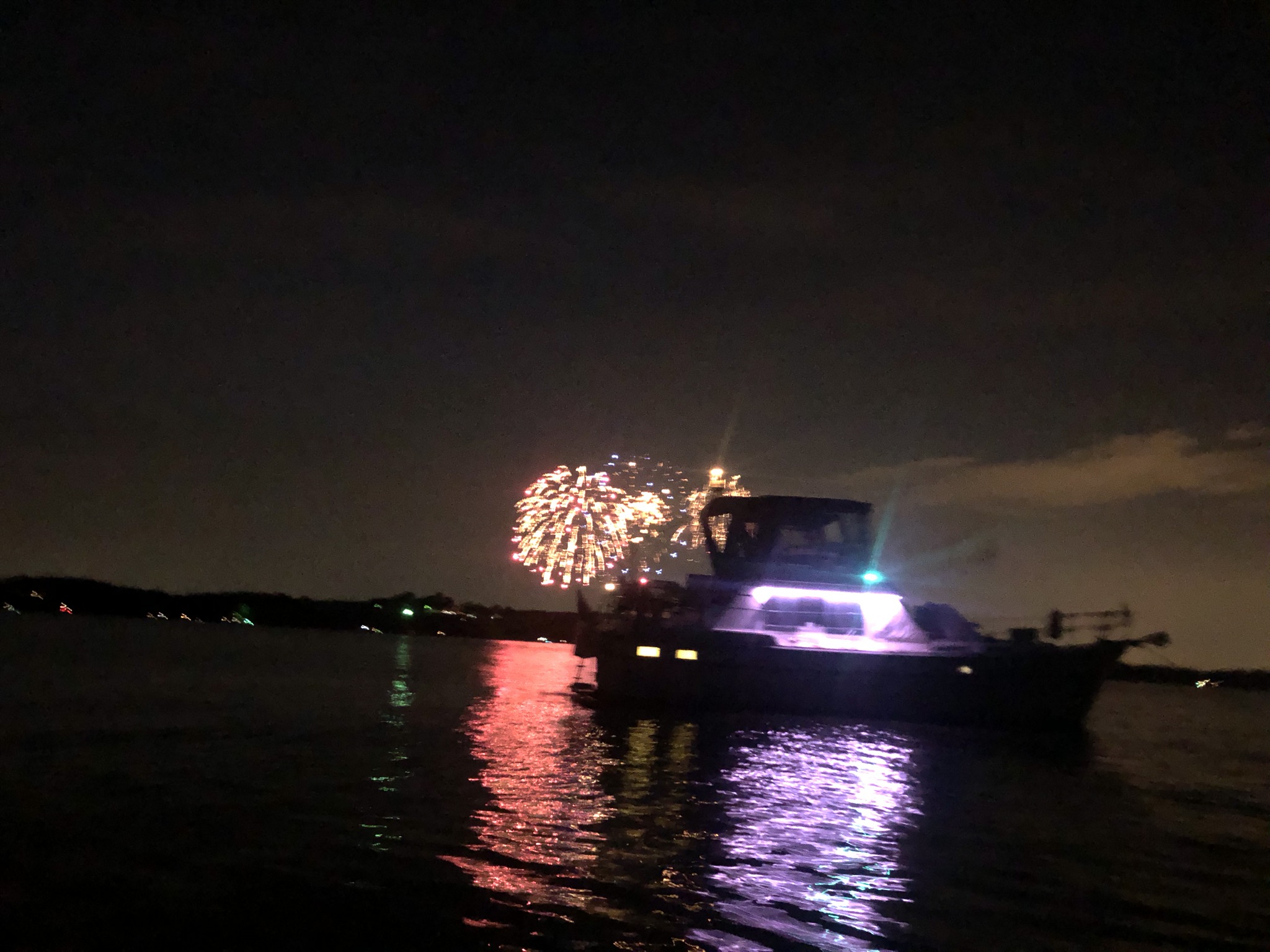 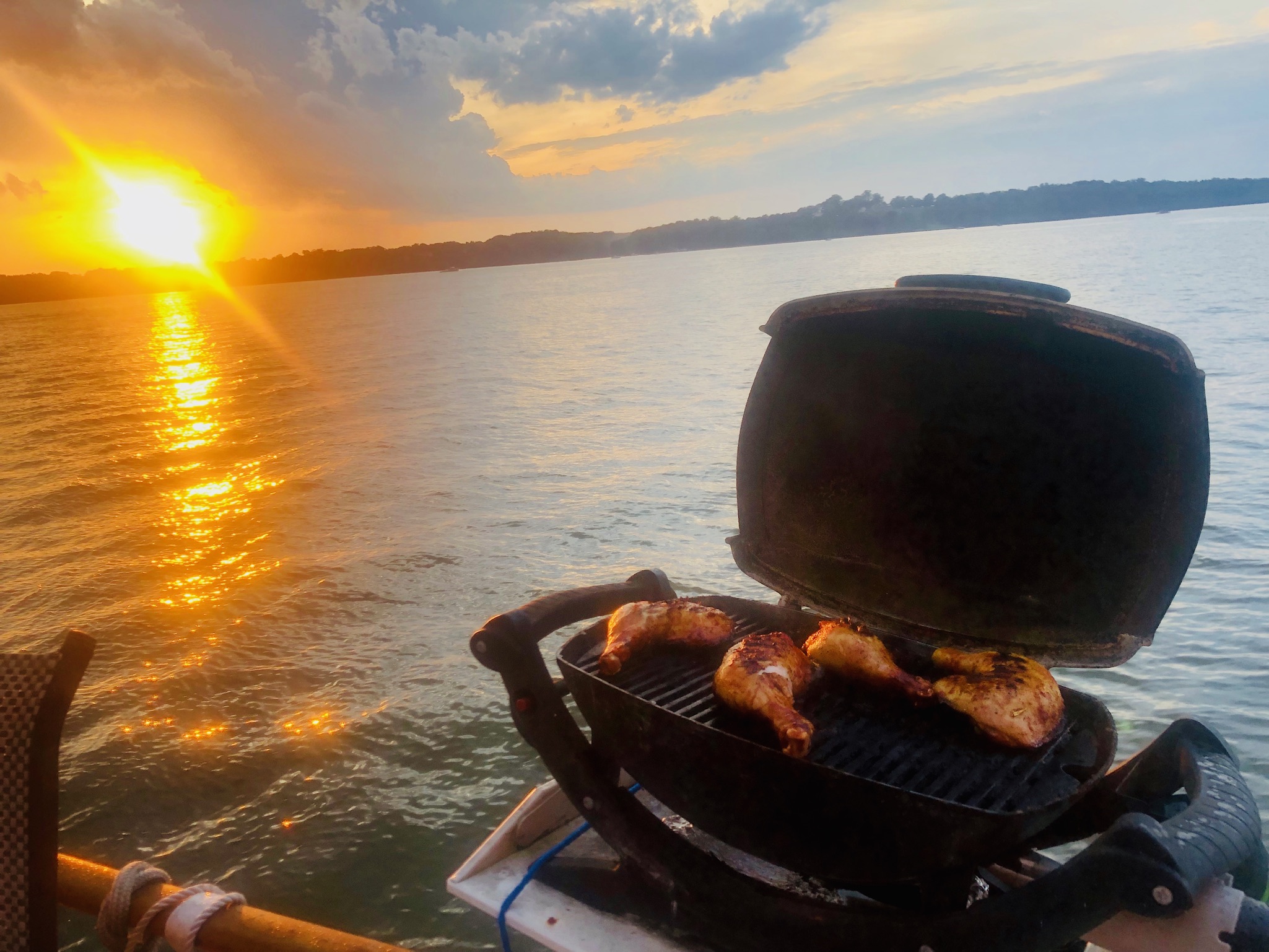 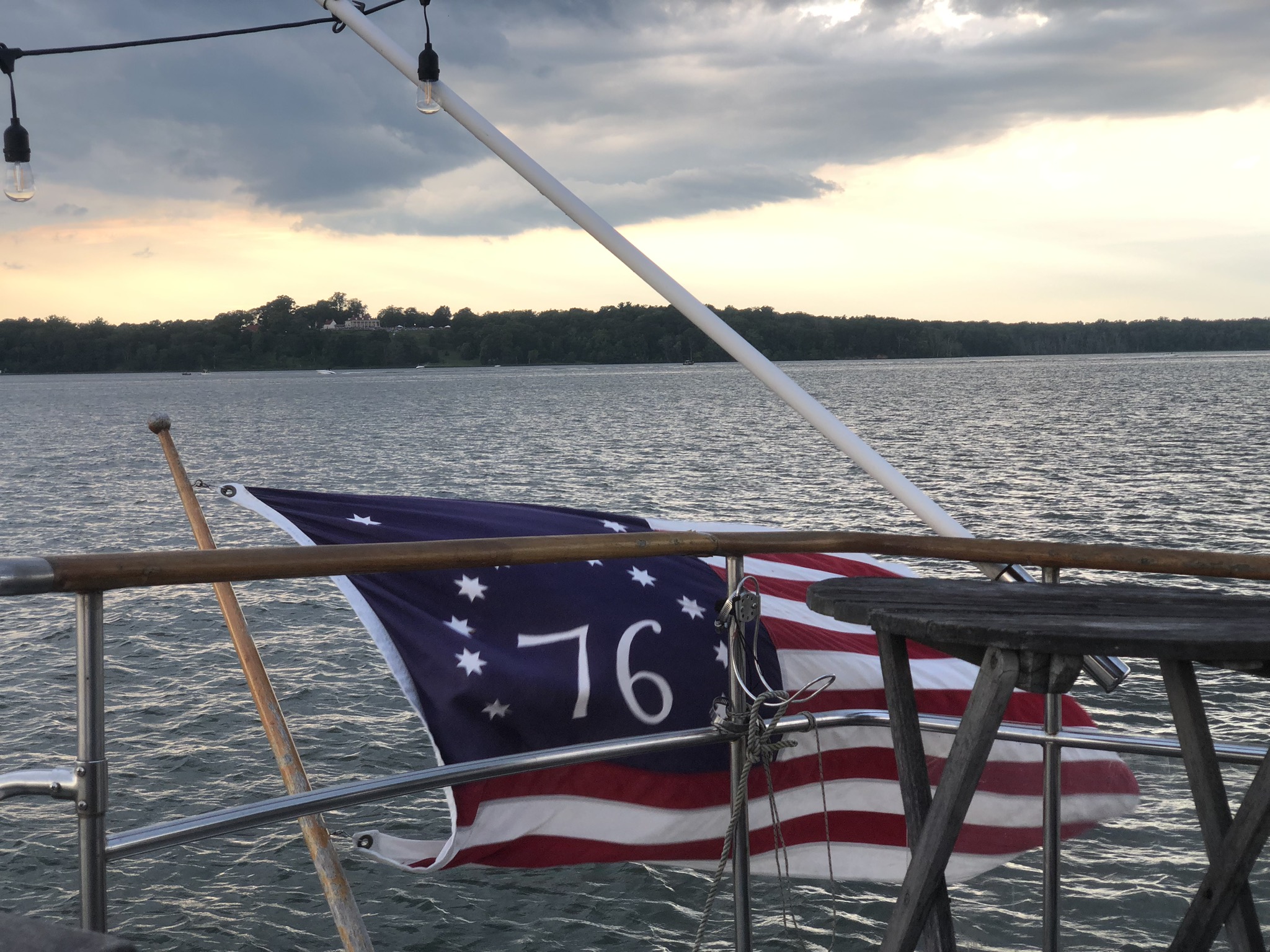 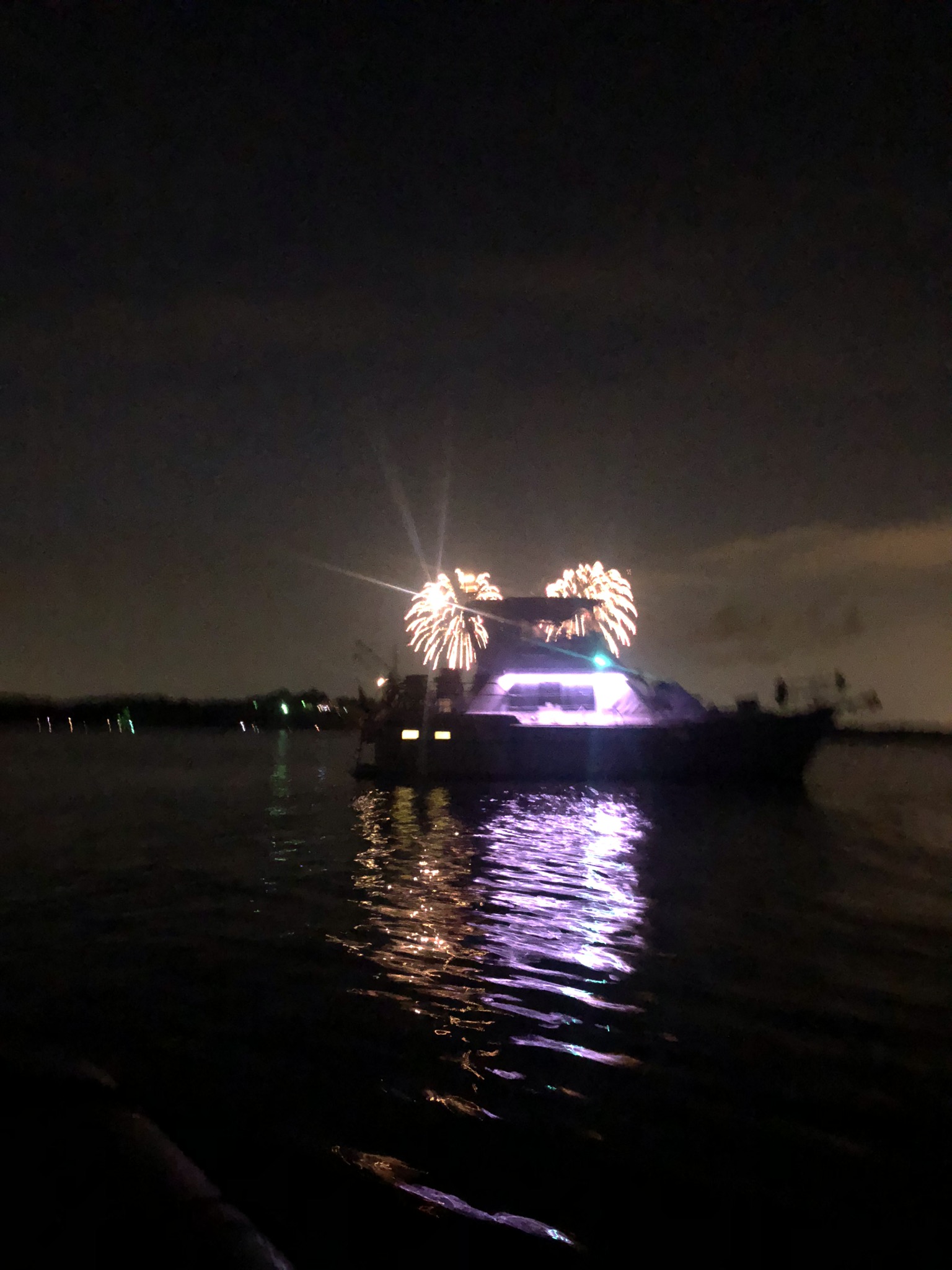 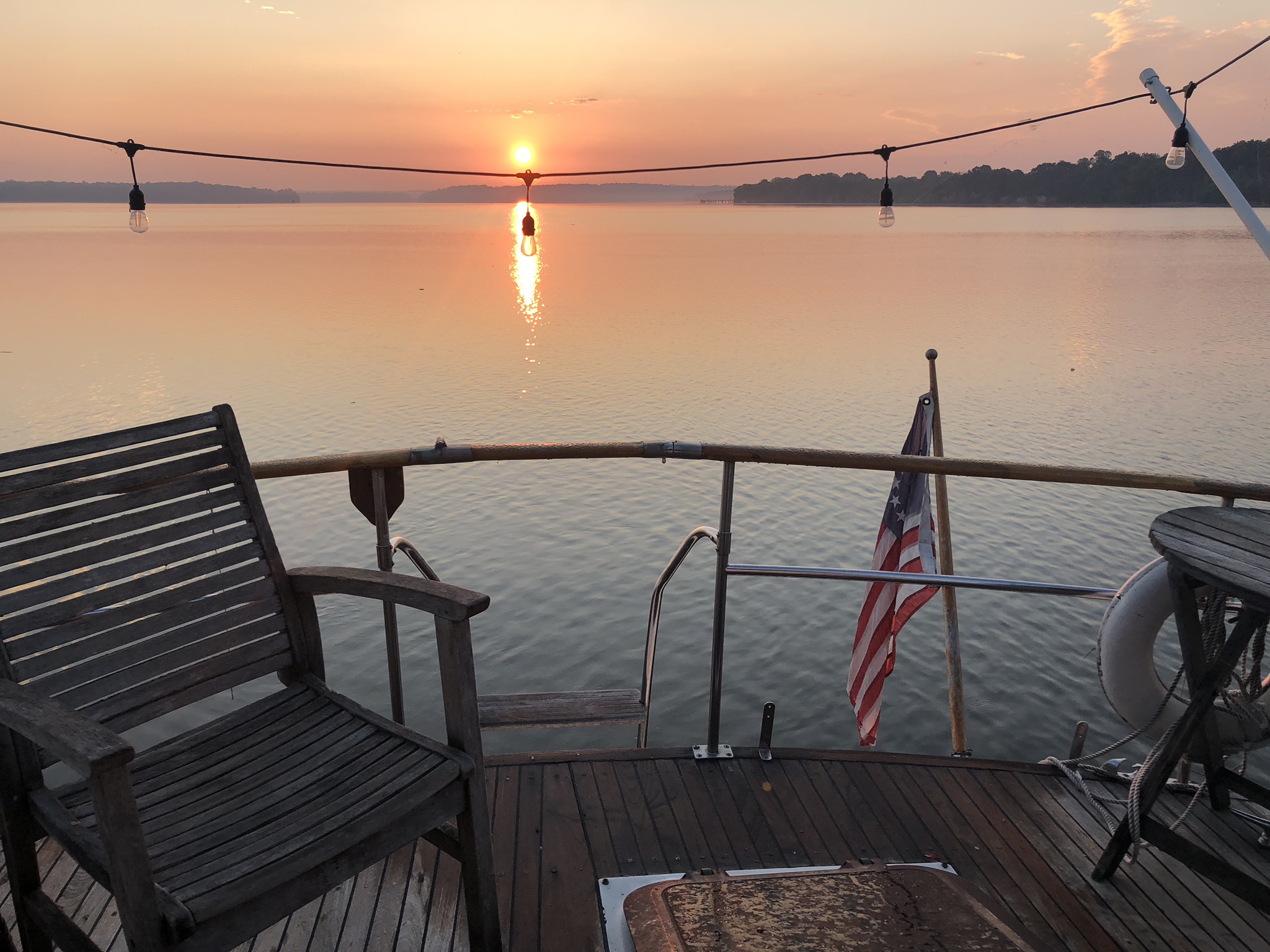 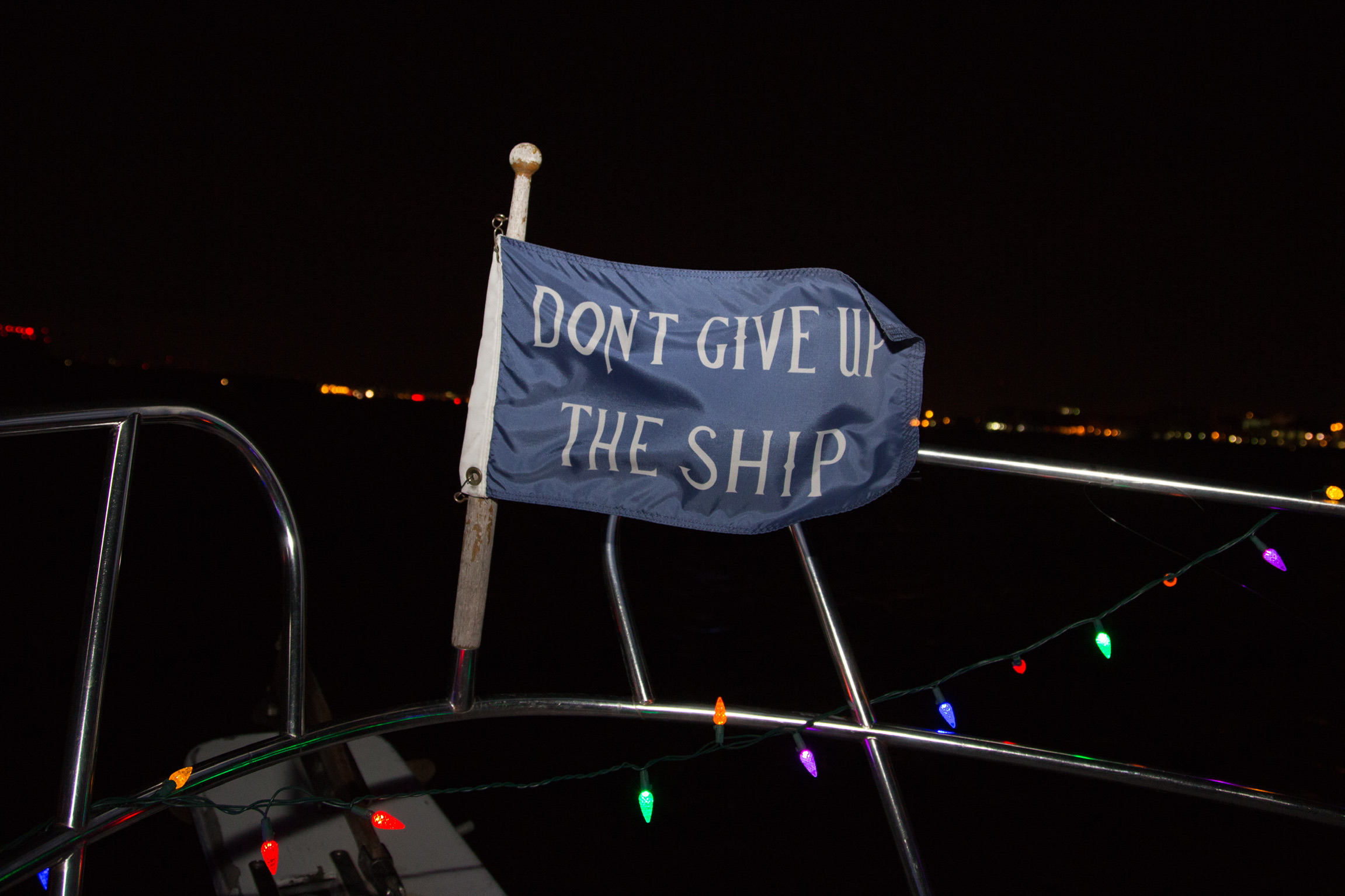 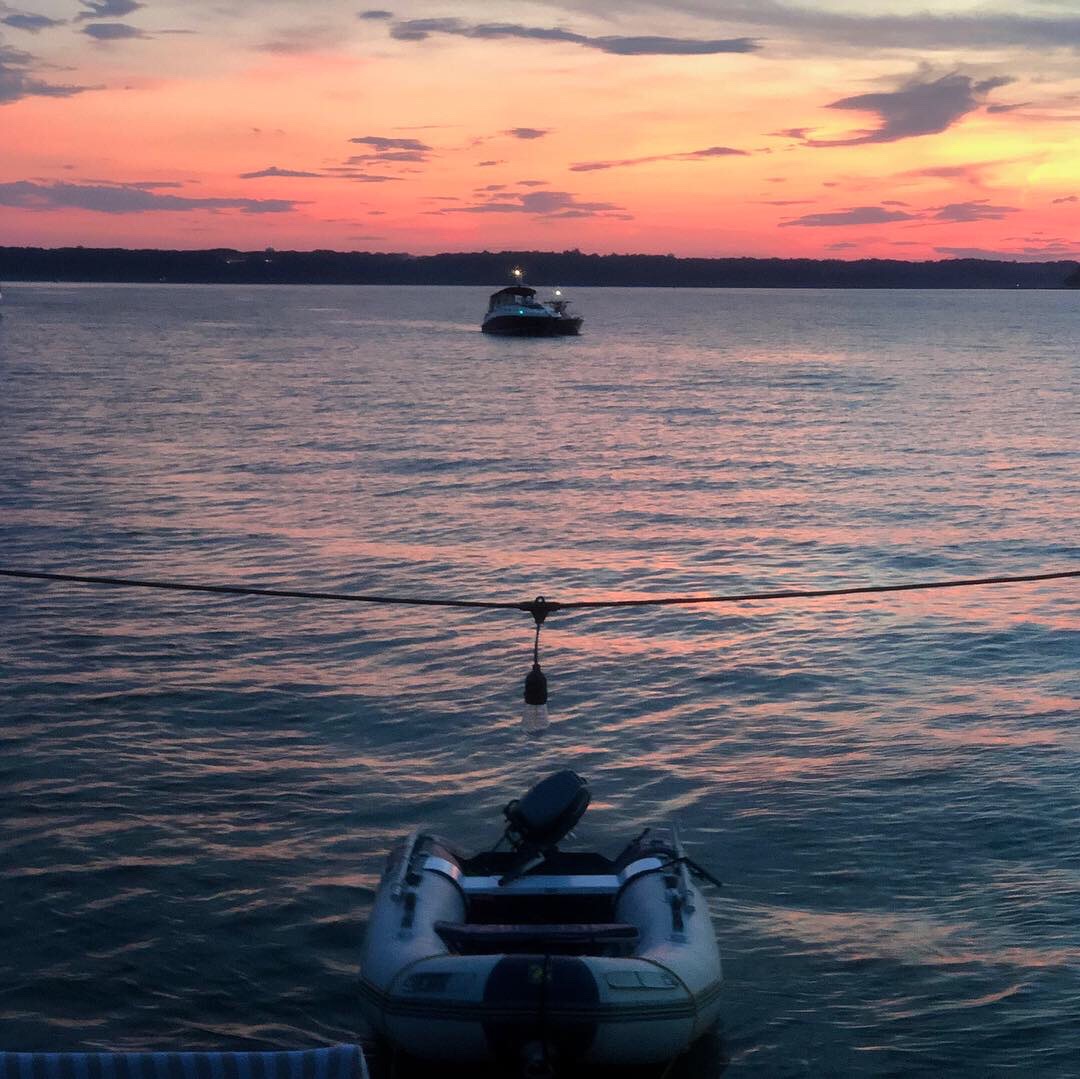 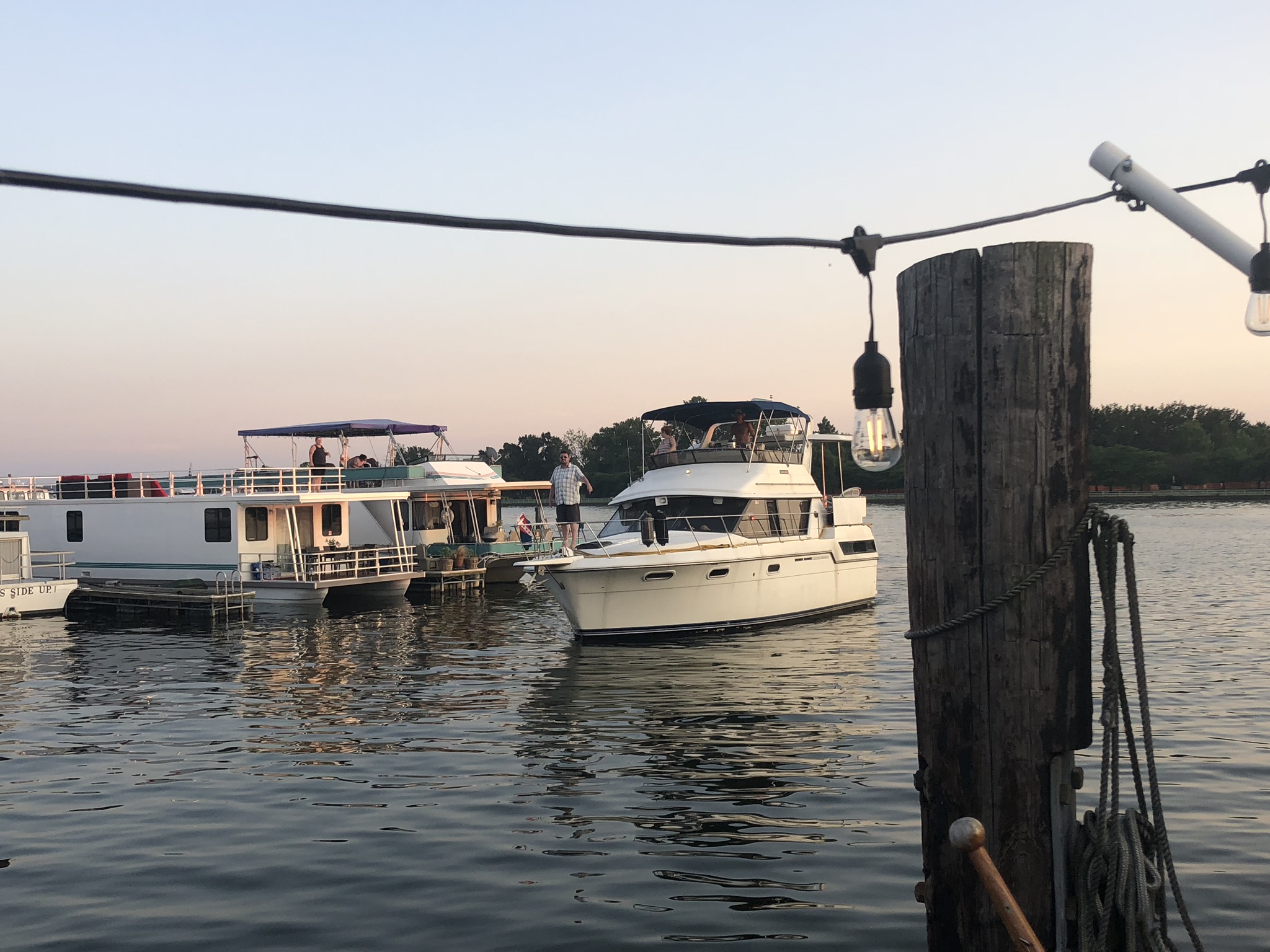 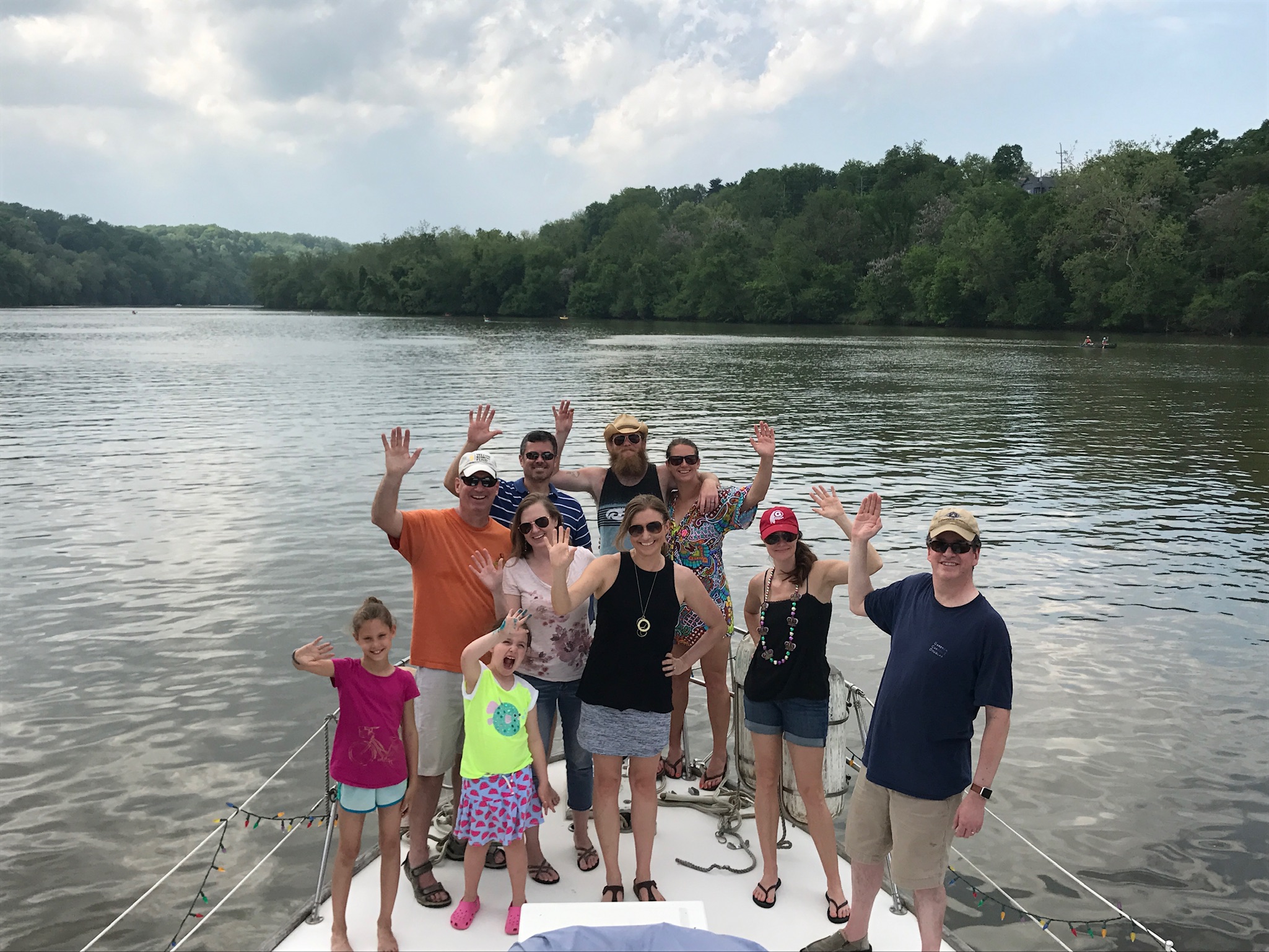 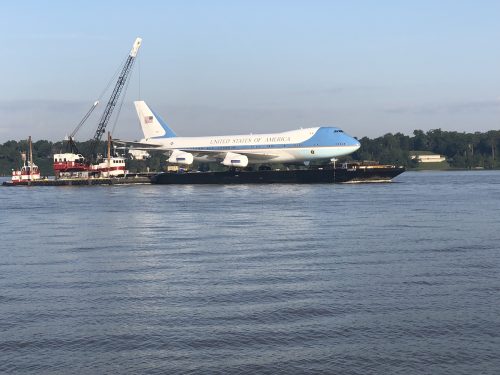 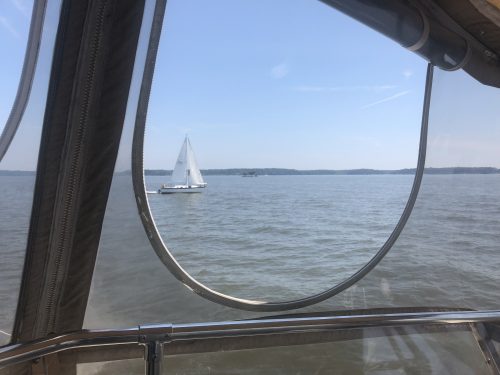 Views from the water 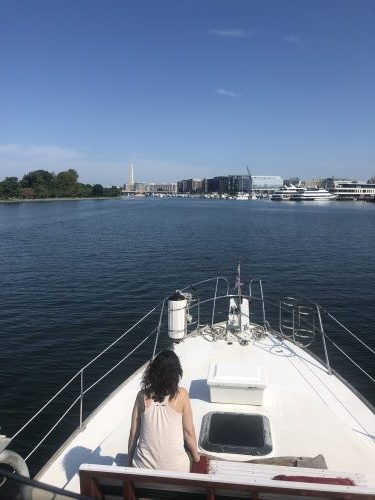 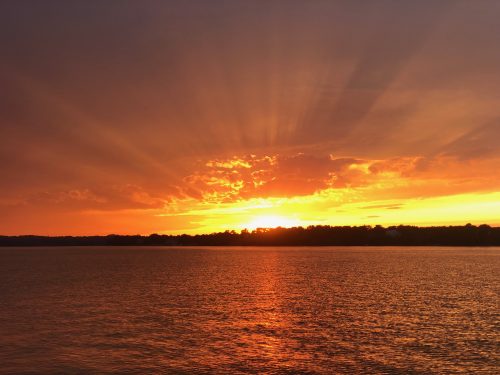 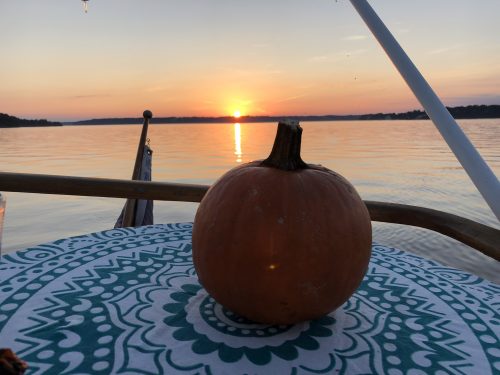