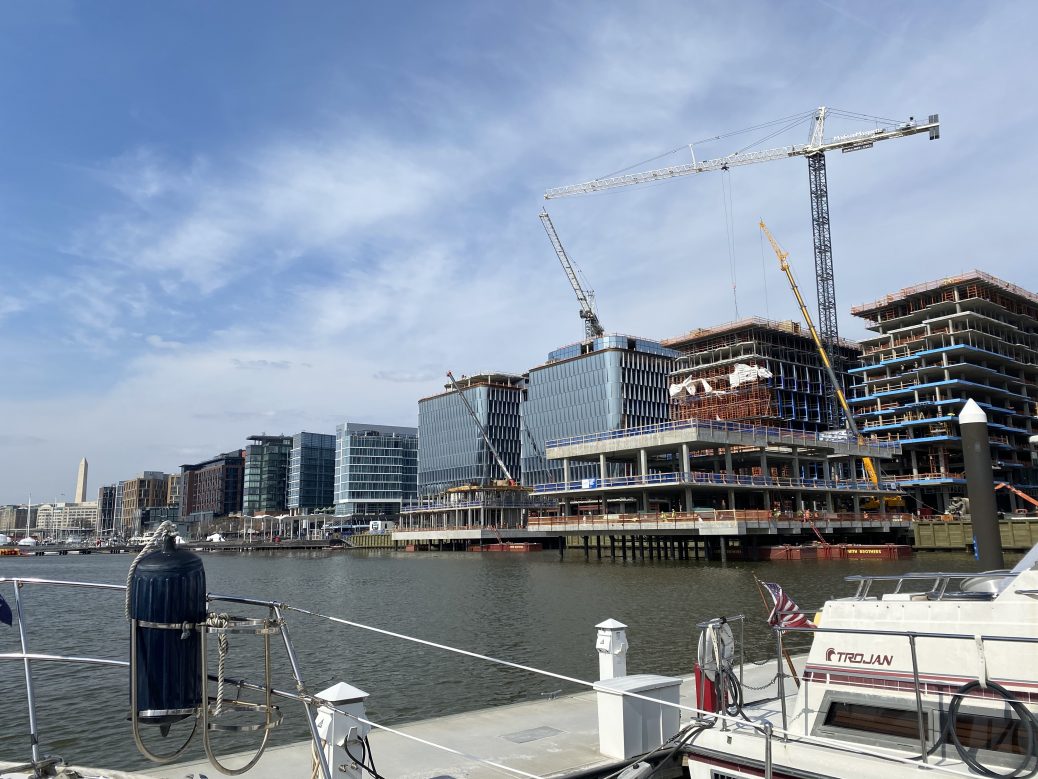 The pandemic has done little to slow down the progress of District Wharf’s Phase 2 development as new buildings are taking shape. The work on Phase 2, which began last year and is expected to be completed in 2022, will include 1.15 million square feet of mix-use spaces including a new marina, residential, corporate, and retail. There will also be parks and open spaces to be enjoyed by the public. 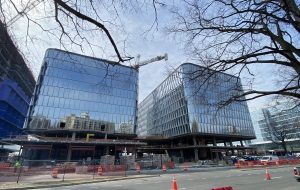 Three significant tenants have been announced so far. The law firm of Williams & Connolly has reportedly signed a 15-year lease for 300,000 square feet in parcels 6 & 7 (aka 670 and 680 Maine Ave.). These twin mirror-glass buildings begin where Phase 1 ends, near 7th Street and Maine Avenue (across from Hanks Oyster Bar), and are adjoined by the “Oculus.”  For more information about this property, check out The Maine Event. 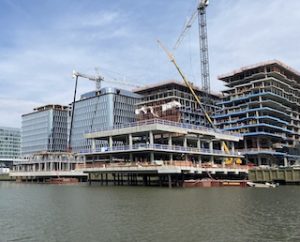 Another signed tenant is the luxury boutique hotel chain Pendry that will occupy Parcel 8. The hotel chain seeks to take a more relaxed “less business, more pleasure” approach. Its Wharf property will feature 131 guest rooms, including 34 suites, three signature dining and bar concepts, a state-of-the-art spa, and 5,000 square feet of indoor and outdoor event and meeting space tailored to special occasions of all proportions. 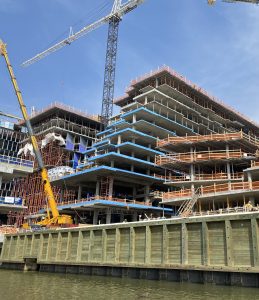 The most recent tenet announcement is The Atlantic, which will move from The Watergate to its new home at the Wharf next year. The magazine publisher will reportedly take over about 35,000 square feet on two floors in parcel 10 (aka 610 Water Street). This building, designed to resemble a glass jewel-box, will be LEED Platinum certified and include 360-degree views. 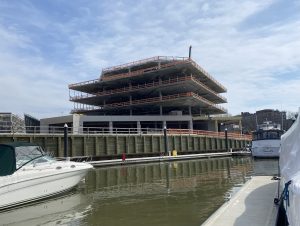 Parcel 10, future home of The Atlantic

Parcel 9 (aka 601 Wharf Street, SW) will be a spectacularly eye-catching building, with a mirrored, slanted facade. It will be home to a 12 story, 96 condominium building called Amaris. The condos will range from 700-square foot one-bedrooms to 6,000-square-foot four-bedrooms to include two-level penthouses. No information yet on pricing, but the condos are expected to be the most expensive per square foot in the region.

Updates will be provided as they become available.