Dolcezza Gelato at The DC Wharf for Sweet and Savory Tastes 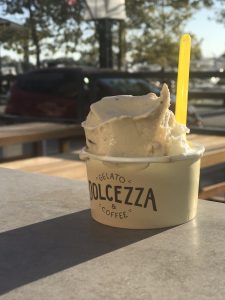 Dolcezza Gelato at the DC Wharf is a tale of two tastes. On one hand, it has been DC’s favorite hometown gelato shop since 2004 when it opened its first location in Georgetown. On the other hand, the Wharf location is also home to the company’s first full kitchen offering Southern-inspired breakfast and lunch options.

First, the gelato. Why?  Because anytime is a good time for Dolcezza gelato. Trust me, I’ve had it for breakfast more than once. The gelato selection is vast and inspiring. The Dolcezza scoops are generous and combo scoops are usually the way to go. But with the long list of flavors, the choice of which two flavors to mix can be challenging.  Think about the possibilities:

I could keep going but you get the idea. The gelato is creamy and dense but not so sweet, which allows for the flavors to

really shine. That’s what gelato is all about. Originally from Italy, gelato tends to have a higher proportion of milk and less cream and eggs than ice cream. The focus is the natural ingredients which really shine in the Blueberry/Lavender gelato,  the Mascarpone & Berries, and especially flavorful are the strawberries in the Roasted Strawberry.

Dolcezza also has a refreshing selection of sorbetto. Here again the focus is on the unusual flavors and natural ingredients, such as pineapple honey lime, champagne mango, and red watermelon vodka. The Wharf location also has milkshakes and dipped chocolate soft serve.

The gelato is available by the pint push-up options as well. Take it home or just sit on a swing at Recreation Pier and go to town.

Now for the breakfast and lunch items: Gelato. No, not gelato. The other stuff. Damn you fingers that keep typing gelato!  Ok, I’ve got them under control.

The Wharf location has a fully operating kitchen featuring some southern classics. Let’s not bury the lead here – the fried chicken sandwich is amazing. Each is cooked to order using the popular sous vide method. This essentially means the chicken is first cooked in a sealed bag  that is placed in water that is the exact right temperature for a succulent piece of chicken. The outside is crispy and the center is tender, making it a great meal. There are also flaky breakfast croissants, tater tots with spicy aioli, and huevos rancheros.

The coffee is also worth the visit. Dolcezza takes its espresso and coffee drinks seriously, making it a viable stop for daily caffeine consumption.  Offering a full list of coffee and espresso drinks, there are dedicated baristas at the shop. Dolcezza has partnered with Sey Coffee Roasters, which provides beans from Panama, Honduras, and Ethiopia.

Dolcezza, which is on the corner of the Wharf promenade and District Square, has indoor and outdoor seating and is a perfect location to have a coffee or a double scoop to watch the boats pass by on the Washington Channel.  Me, I’m having an affogato, which is a scoop of Vietnamese Cinnamon gelato in my coffee. 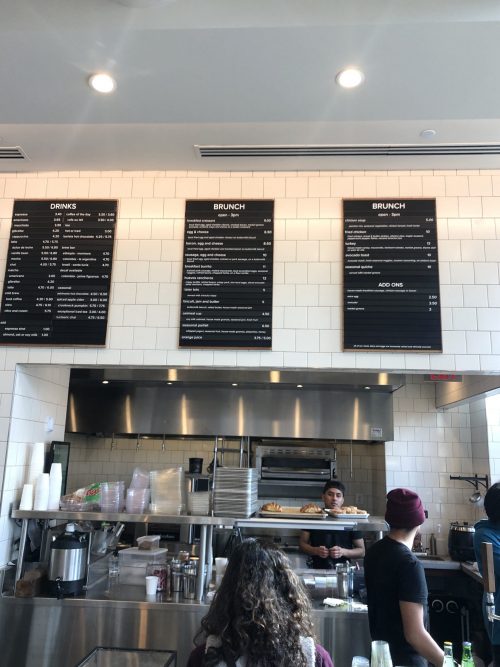 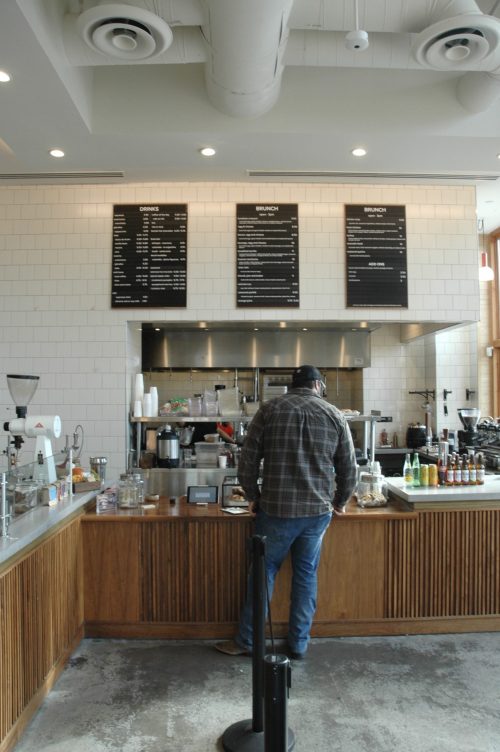 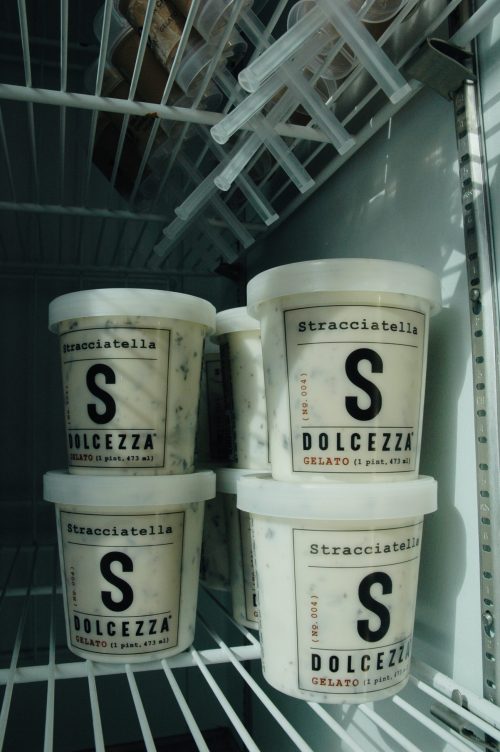 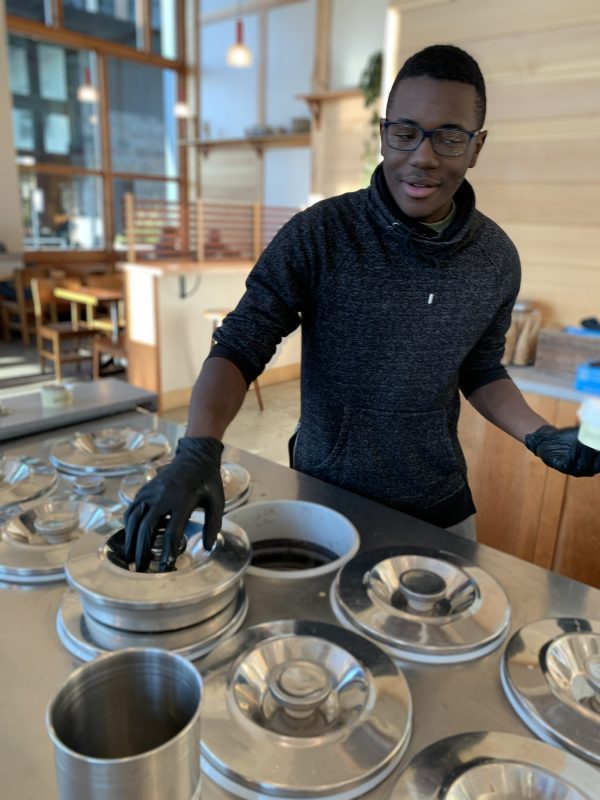 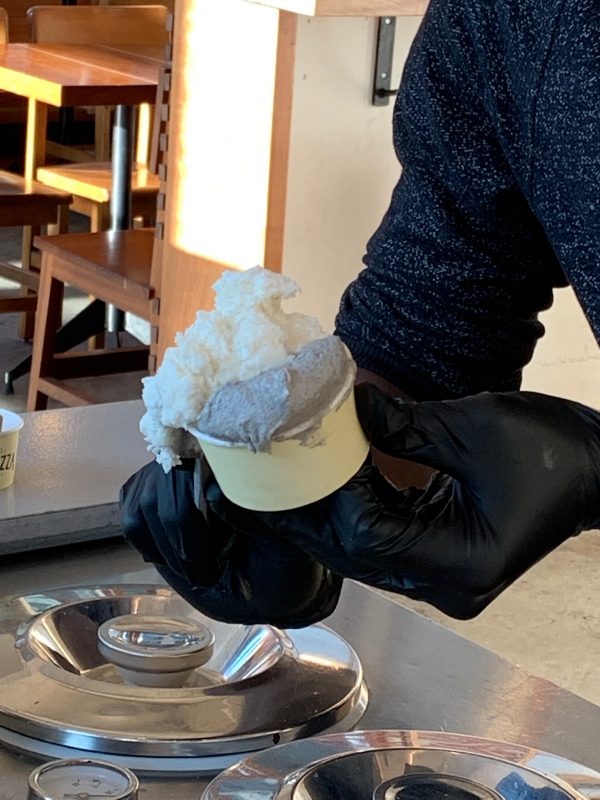 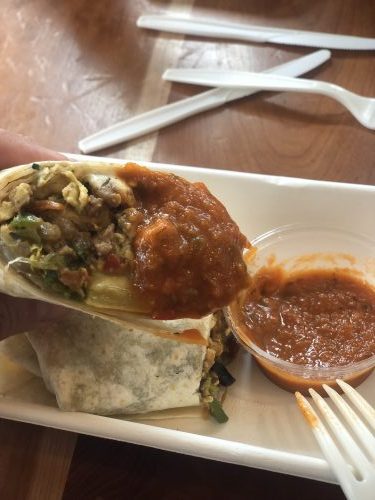 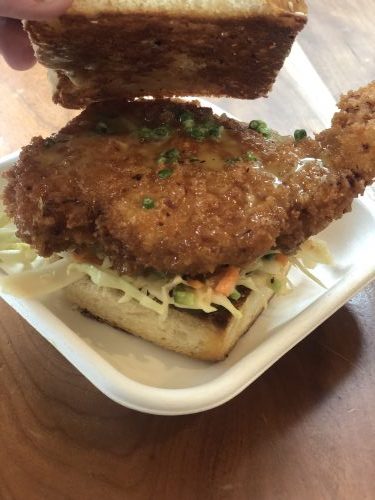 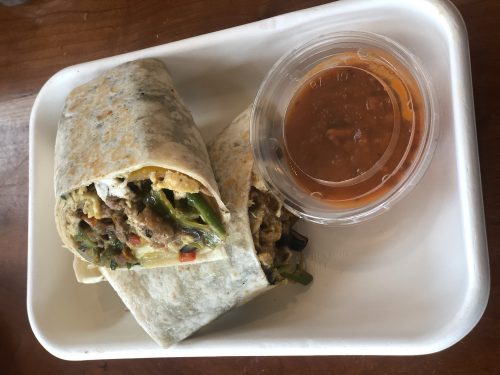 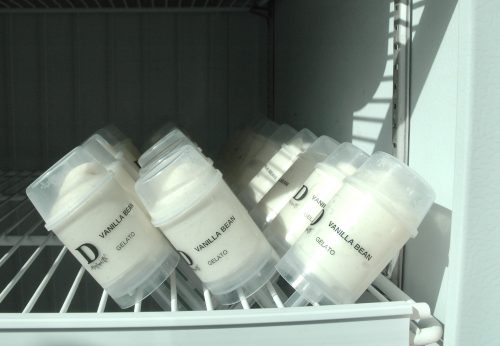